When Working on the Healthy Body, Healthy Mind Equation Proceed with Compassion 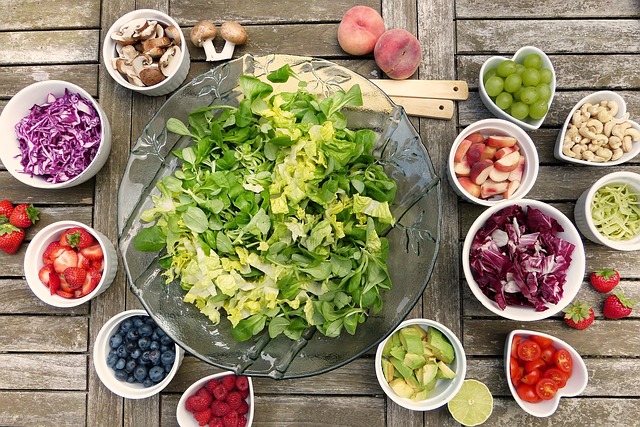 I’m not quite sure how to describe the pain I felt, but when it hit me, I doubled over. More than some acid reflux that I could pop some tums over, it wasn’t just in my chest. I felt a blazing ache rippling down to my belly in an area I didn’t even know existed. I had never experienced an attack like this before. I wasn’t sure if I should go to the hospital, I didn’t want any more debt when I was finally starting to pay it off. I thought about how sad and pathetic it was that I had to make such a choice as to either lay there with my burden, or go seek help. I chastised myself for being weak and not tolerating the pain that probably wasn’t that bad, (at least not as bad what some other people were probably going through). I eventually convinced myself to try and sleep it off as I laid there in excruciating pain. As I made that choice I became extremely disheartened with my life. It felt like if it wasn’t one thing it was another. I was doing much better with my mental health and then along came the deterioration of my physical health which triggered the mental health issues again.

That night was a deal breaker for me.

I refused to go back.  I had come too far in my healing journey. Something wasn’t well with me and my body sounded the alarm so I could no longer ignore it. After that night, the food I loved so much became a catalyst for anxiety, I was terrified to eat for fear of pain. In a matter of a week I had lost those 10 pounds I had been trying to lose all darn year. By the end of the month and with the help of my nurse bestie, I had found safe foods to eat via a reference book of recipes to naturally heal myself with the food I ate, and I had also lost 20 pounds.

When it was all said and done 60 pounds were gone-and I had finally gotten health insurance and was immediately referred to a gastroenterologist for a formal diagnosis of my educated guess.  This all started back in 2015 the very year I started officially doing research for the mental health book I eventually published this year.

Since my book was not intended to go too deeply into body work, as that wasn’t a strong area of knowledge for me, I put writing more deeply about these issues on the back burner. But as my friend Jessica at http://everysingledollar.com/  has said, “nutrition is vitally important to good mental health. There is so much research that shows making good choices in your diet are key when it comes to mental health and mood.” I didn’t really get that before I had my attacks because I didn’t feel it.  I couldn’t understand how food had anything to do with my mind even though I knew otherwise.

Knowing something in your head (with your mind) isn’t always enough, you can easily intellectualize self-care and struggle with actually embodying it.

I’ve learned a lot more about shame, blame, guilt, forgiveness, and compassion since that time. I also realized how much self-care, (a branch of the self-love tree) is so important to both healing and maintaining mental health.

As I march on towards optimal wellness I become more cognizant of the fact that “me too” applies to a lot of areas in our lives. Chronic pain, painful menstrual cycles, depression because of the issues, more issues because of the depression etc. are things many women experience. My guy pals are also struggling with their diagnoses, the weight gain from the meds they’re prescribed, wanting to treat their bodies better but struggling to fight the sugar and caffeine cravings. The next year after my deal breaker moment I became more focused on wanting to explore and discuss the relationship between mental health and physical health and teamed up with my resident mental health expert Dr. Angela Clack. There’s nothing revolutionary about this topic, but it was all still new to me. I figured I could add the perspective of someone who wasn’t solely focused on working out or making the transition to a vegan lifestyle etc.  As I am writing what I learn as I go as a sometimes “too busy”, sometimes “not the most disciplined” woman; a working professional who like many of you, is sick and tired of being sick and tired.

This is an ongoing learning process for me. It is an ongoing endeavor that I reach out to people who are healing their bodies to heal their moods. Most recently, I noticed that women in my network were not waiting for a New Year resolution to make lifestyle changes and whatever they were doing seemed to be really working for them. For instance, a Facebook friend Tilina shares “I would certainly say that healthy living starts with being aware of what you are ingesting; spiritually and physically.  Healthy whole foods nurture your body naturally.  Meditating on the Word of God nourishes your body spiritually.  Avoid processed foods as much as possible.  These foods often do not satiate you for long periods.  The second thing would be regular exercise.  Exercise for me helps to relieve as well as prevent stress on a daily basis.  It also gives me clarity to when it comes to processing information and/or concentrating for long periods of time.  I can tell a vast difference between the days I work out and eat right and the days when I may have ate some things I should not have.”

I know for a fact that when I was in the midst of my depression, the only movement I wanted to make was one that involved me going back to bed. But healing arts practitioner, Jessica at http://www.jessicadore.com/  reiterates that “exercise is usually the last thing most people want to do when they’re feeling down or depressed, but aerobic movement stimulates dopamine and serotonin—the same brain chemicals targeted by popular antidepressant medications. Getting movement is generally a much tougher pill to swallow, but it is a highly effective mood regulator that can have real and lasting impacts.” Going to the gym wasn’t really my jam, but power walking for miles in nature became my refuge. Meditation has been difficult for me to get into, but dancing, and doing yoga stretches gets me out on my head for an occasional break. I didn’t enjoy being gluten free and didn’t make the commitment to it in 2015 past a month. However, I was able to eliminate caffeine from my diet which triggered my anxiety and gut issues, I stopped gorging on trigger foods like peppers and tomatoes, I was also able to reduce gluten, sugar, processed meats, and dairy.

Instead of beating myself up, and talking down about what I’m not doing, I practice gratitude for what is. I’m grateful that the habits I have been able to build prevent debilitating gut attacks. I’m grateful that I have resources to help me build better habits towards wellness. I find that I am much more motivated to change behaviors when I’m not shaming myself into submission.

“Progress not perfection” has become my go-to mantra.

I know that building healthy mind and body habits can feel like a real pain in and of itself.  But I also know I want real and lasting positive impact.

How about you? Let’s do this together!